First round table in Arkhangelsk

On 6th of Jule, 2016 in North (Arctic) federal university named after M. Lomonosov  (NAFU) a round table was conducted. Representatives of Arkhangelsk, Republic of Karelia, Saint-Petersburg, Moscow, Denmark, Sweden and Finland took part in the event. The event was organized as a part of the project ‘Joining creativity’ aimed at promotion of economic cooperation and trade among Northern countries and northwest Russian as well as promotion of successful integration of firms engaged in creative industries in the region of the Baltic Sea. The project is being implemented since February, 2016 by ‘Karelian Resource Center of Non-governmental Organizations’ with financial assistance of Nordic Council of Ministers.

Among participants of the event were both project partners and invited experts as representatives of creative industries of northwest Russia and Northern countries. On behalf of the University Head of International Relations Department Lubov Zarubina warmly greeted participants of the round table and marked that the theme of the meeting is very interesting for the university in terms of initiating new scientific projects and engagement of entrepreneurs into elaboration and organization of such programs. Nikolay Oskin, Director General of NP ‘Karelian Resource Center of Non-governmental Organizations’, thanked representatives of NAFU for warm welcome and assistance in organization of the event, then also expressed his opinion concerning the significance of development of creative industries.

The round table was divided on 2 stages. The first stage was devoted to internationalization of creative business, the second one to innovative potential of business in the sphere of creative industries, instruments of their revealing and support.

Report of Varvara Lebedeva, Head of Cultural Politics Department of the Ministry of Culture of the Republic of Karelia, contained very interesting information. She marked that till 2014 notion ‘creative industries’ was not noted in any strategic documentы of the Russian Federation. Today this notion is documented and implies industrial design, fashion industry, editorial, musical business, bookselling and many other areas.

However, currently there are no federal, no regionals programs which could support this field. As result, we can see underfinancing in the sphere of creative industries and absence of infrastructure.

Senior lecturer of NAFU and supervisor of project ‘Art-residency Zvozlandia’ Marina Debenkova told about history of development of creative industries in Arkhangelsk district. Among the most successful art-project impleme 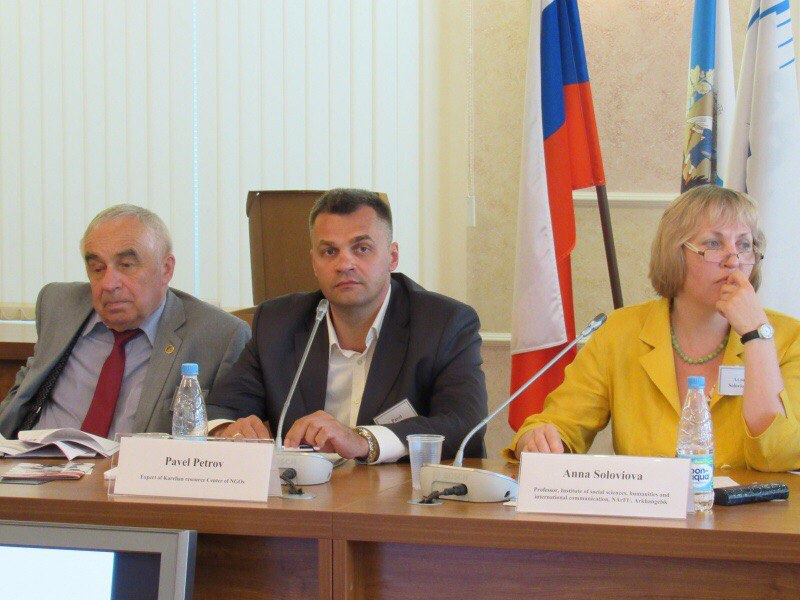 nted on the territory of Pomors she marked jazz-project of Tim Dorofeev and festival ‘ZVOZ-Vision’. Besides that, Marina Dubenkova noted work of center of creative industries of NAFU, which has organized a series of seminars in Arkhangelsk and Saint-Petersburg.

Anastasia Pacey, Head of Saint-Petersburg Art-Residency and Director General of Museum of non-conformist culture, told about evolution of creative industries in Saint-Petersburg and shared experience of art-center ‘Pushkinskaya-10’ as space of international cooperation. Marina Koluyartseva, Director of Autonomous Non-Commercial Organization on Individual art and creative spheres development ‘Creative projects Kaykino’ told how the things stand in the sphere of creative industries in Leningrad Oblast, shared experience of project activity of art-village ‘Kaykino-10; underscoring cooperation as a factor of creative development on smaller territories.

Colleagues from Northern Europe also shared interesting experience. Lantz Sussana, adviser of County Administrative Board of Västerbotten, regional manager of commerce chamber of Västerbotten told about creative industries in the region of Västerbotten, Sweden. Sculptor Nilsson Bengt Erik and his wife Rudehall Nilsson Rut Monica told about activity of their company and then presented educational program for youth.

Special attention was also paid to innovative potential of business in sphere of creative industries. Invited experts presented international grant schemes and funds, told about the system of support for small and medium-sized enterprises on the example of Arkhangelsk district. Head of the PR Department ‘CREATIVE BUSINESS CUP’ Haulund Karoline presented experience of business ideas contest where every entrepreneur could become a winner in case his\her idea is really innovative. So, Michael Bronsky, founder of brand ‘Bronski’ was the winner of Russian contest ‘CREATIVE BUSINESS CUP’. Another project and developed brand was presented by creative workshop ‘Mnozhestvo’. Its founder Ulyana Tyupysheva shared experience of creation of souvenirs aimed at increasing tourist attraction of the region.

Within the frameworks of the event participants managed to exchange ideas, experience and best practices in the sphere of development of creative industries as well as to establish new useful ties.

Right after the round-table there were meeting of expert and coordinating groups of the project during which partners discussed main questions concerning continuation of iproject implementation. 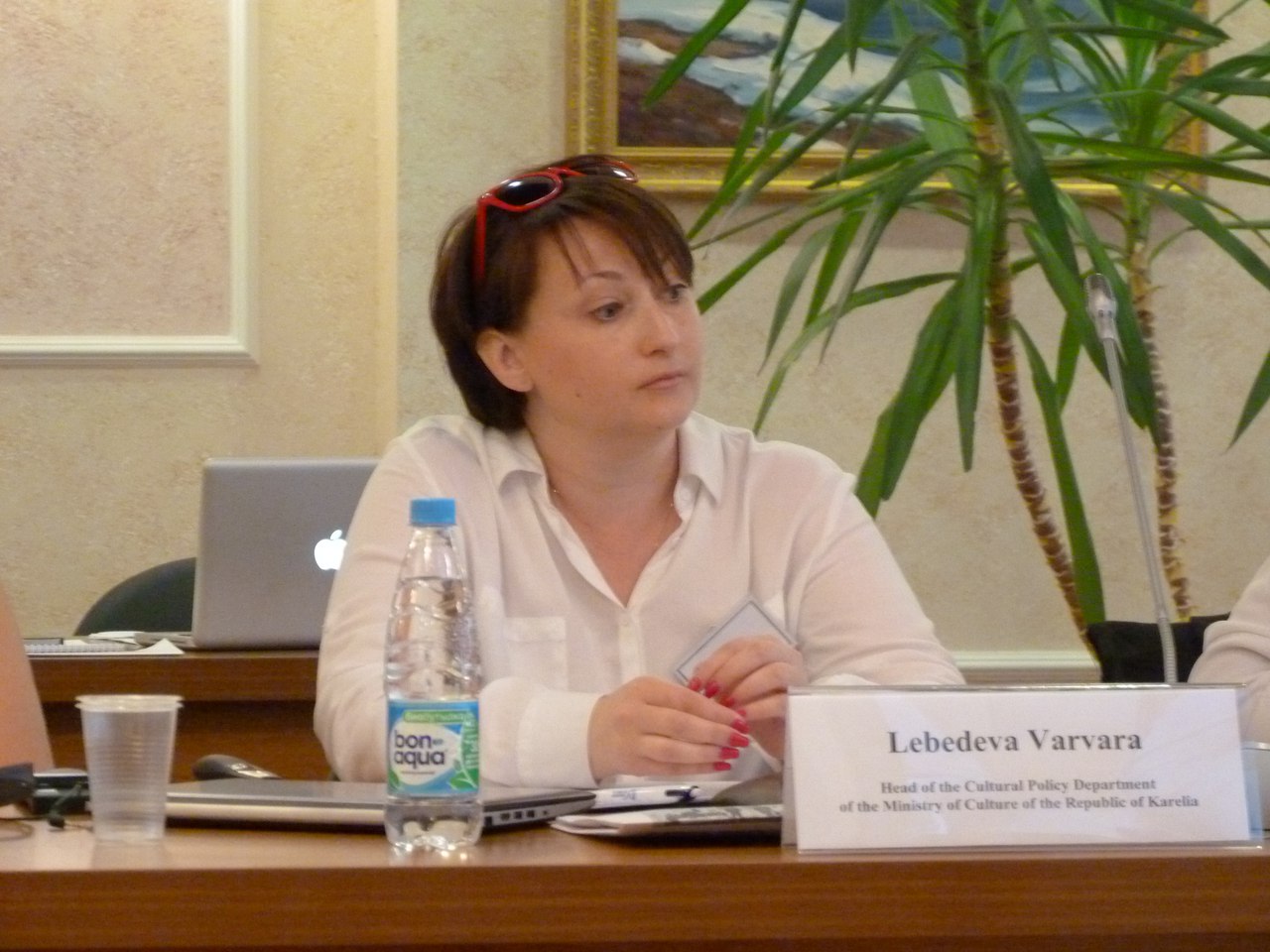 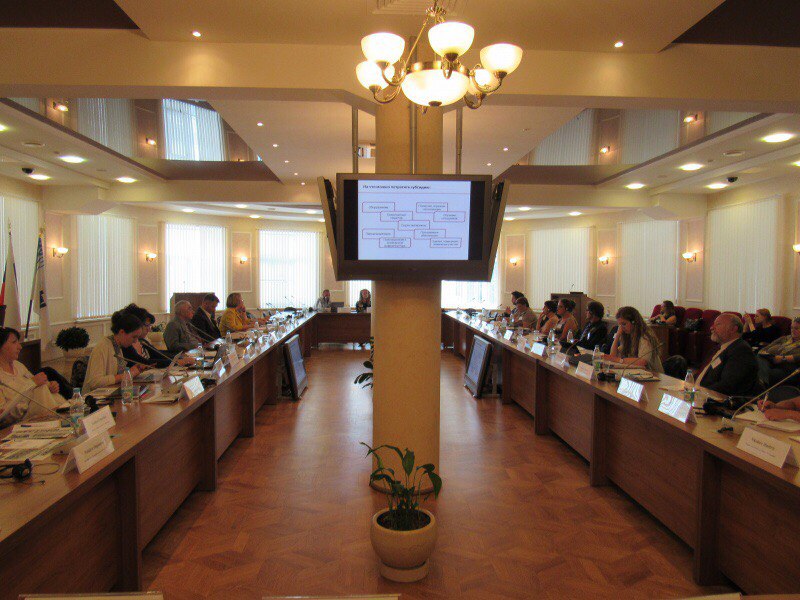